1-800-RainSoft
Thank You!
We have received your information and one of our associates will contact you shortly.
Menu
Close
Whole House Air Purifier 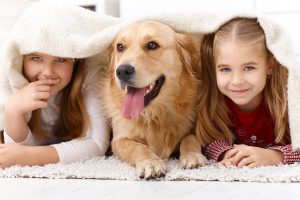 When people think of a whole house air purifier, they may imagine that it involves a mechanical filter similar to one seen in HEPA individual room air filters or HVAC systems, which traps particles as the air passes through. However some of the most advanced systems on the market – like those manufactured by RainSoft – do not rely on an air filter to remove impurities in the air, but employ the use of ultraviolet (UV) light technology instead. The UV light, which can be mounted into the ductwork of the home, instantly kills any airborne bacteria, viruses, and molds in the air that passes under it. A standard mechanical air filter can easily miss some of these microscopic particles, especially as it starts to become more clogged.

Because of the total elimination of even the tiniest airborne particles, a UV air purifier provides extremely clean air for your family to breathe. This provides benefits such as:

Additionally, RainSoft air purifiers further remove odors from the air with the use of an Ozone lamp, which neutralizes odors that can be caused by food, smoke, and pets — something a typical air filter is unable to do. This will leave the air in your home smelling crisp and clean. Another benefit is that instead of replacing a filter every month, the bulbs for both the Ozone and UV lamps don’t need to be replaced nearly as often.

To learn more about how you can breathe easier with a RainSoft whole house air purifier in your home, contact your local authorized RainSoft dealer today.