1-800-RainSoft
Thank You!
We have received your information and one of our associates will contact you shortly.
Menu
Close
Water Softening System

What Does a Water Softening System Do? 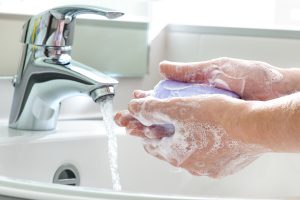 A water softening system is any kind of device that eliminates the undesirable side effects of water hardness. These include dry skin, lifeless hair, damaged clothing fabrics, premature failure of water-using appliances, and the accumulation of limescale inside of your plumbing. Though humans have treated water in one way or another for thousands of years, it wasn’t until the early 20th century that scientists discovered how to make “hard” water “soft” by systemically removing nuisance minerals such as calcium, magnesium, silica, iron, and manganese. They discovered that by removing hardness ions through a chemical process called ion exchange, they could produce water that is more compatible with soap, less harmful to plumbing, and just more enjoyable to use in general.

Your typical 21st century household water softening system features a mineral tank that is filled with thousands of tiny sulfonated polystyrene beads, or resin. Because the beads have a negative charge, all of the positively charged minerals in the water that passes through the system’s mineral tank cling to the beads. Then, a highly concentrated salt-water solution (brine) is flushed through the tank, driving the minerals off the beads and carrying them away down the drain. The water that remains has thus had all of its hardness minerals removed, making it soft and ready to use. Increasingly popular are water softening systems that do all this entirely automatically without having to set a timer. These systems utilize a technology called demand-initiated regeneration (or on-demand regeneration) that consumes less water per cycle.

For more information, contact your local authorized RainSoft dealer. Having a RainSoft water softening system installed in your home will enable you to say “goodbye” to hard water problems forever.